Welcome to the Graham Tuer U15 Challenge.

The Graham Tuer U15 Challenge is one of the largest and most prestigious U15 hockey tournaments in Western Canada.  The tournament has been hosted by Hockey Regina for over 40 years.  In 2007, the tournament was named in honour of Graham Tuer, a legend in Regina and hockey circles.  Graham was a significant contributor to minor and junior hockey as a volunteer, administrator, general manager and scout for more than 50 years. Throughout his career in hockey, Tuer scouted for numerous WHL Teams and NHL Central Scouting. He was a Regina Sports Hall of Fame inductee in 2012 after coaching and/or managing hockey teams at every level of minor and junior hockey in Saskatchewan. Graham was inducted into the Saskatchewan Hockey Hall of Fame in July 2017.  Sadly, Graham passed away in 2018 at the age of 87.

Graham Tuer was a great man.

He coached and managed at every level of minor and junior hockey in Saskatchewan.  For over 50 years he worked as a volunteer for the Saskatchewan Hockey Association and in the game of hockey.  He played an integral role in the creation of the Saskatchewan Development Model, which significantly improved the working relationship between the WHL and Junior A and Midget hockey leagues.

Tuer was the general manager of the Regina Pat Canadians when they captured the Air Canada Cup in 1988; served as assistant General Manager and scout with the Regina Pats; spent 20 years as a scout with the Kelowna Rockets; and scouted for the NHL's Central Scouting bureau. Tuer has received a number of accolades over the course of his career including most recently receiving the Hockey Canada Order of Merit in 2015. In addition, he was inducted into the Regina Sports Hall of Fame in 2012; received the WHL Distinguished Service Award in 2010; was named Regina Pats Key Builder in 2010 and was the SaskSport Volunteer of the Year in 2008, an award established to honor those individuals have served amateur hockey faithfully, having participated as players, coaches and/or as active members of the Association and who have made an outstanding contribution to Saskatchewan amateur hockey.

In 2018, Graham was inducted into the Saskatchewan Hockey Hall of Fame, an honor well deserved for his more than five decades of involvement in the game of hockey. 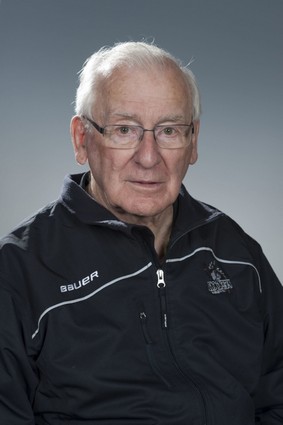